Canada: The other side of Atlantic 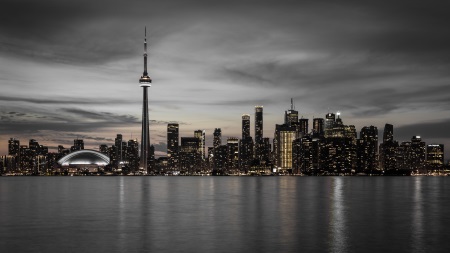 The USA is definitely a market of choice for all companies. However, Canada is also starting to gain particular attention from the Portuguese companies. The agreement signed by the EU and Canada reduces customs duties over 98% of the products. The Comprehensive Economic and Trade Agreement (CETA) also provides the European companies a better access to Canadian public contracts, which means Canada entered to the top of the list of the European companies.


According to Juncker, “the trade agreement has been subject of parliamentary scrutiny, which reflects the increasing interest of citizens regarding trade policy. The intense exchanges that took place about CETA are evidence of the democratic nature of the European decision-making process”.


The European Commission’s President recalled that it is now important the Member States have a thorough debate concerning the ongoing national procedures to ratify the agreement: “It is now up to the EU companies and citizens to get the most from this unique opportunity, so each one of us can appreciate how our trade policy can create benefits for all”.


In turn, Cecilia Malmström claimed that “the EU companies and citizens will soon be able to reap benefit from this agreement”. For the European Commissioner for Trade, this is “a good sign for the global economy with the potential to boost the economic growth and create jobs. CETA is a modern and progressive agreement, which emphasizes our commitment to a free and fair trade based on values. It helps us shape the globalization and regulations concerning world trade. CETA still reaffirms our strong commitment to a sustainable growth and protects the capacity of our governments to legislate towards the public interest”.


From the European Commission’s standpoint, the agreement between the EU and Canada “will be especially beneficial to the smaller companies, that are the ones which have more difficulty with the bureaucratic burden of exports to Canada. These small companies will save time and money by avoiding the duplication of the products’ testing requirements, burdensome customs procedures and high legal costs. Member States authorities’ in charge of promoting exports are ready to assist the companies that want to start exporting to Canada to generate more trade and attract investment”.


A reference market for Portugal


“This is an excellent agreement, which will give us increasing opportunities on a relentless market”, stated APICCAPS’ General Director, João Maia. The Portuguese footwear exports to Canada have increased 196%, since 2010, to a registered amount of 24 million euros, by the end of last year. In the first half of this year, was registered an additional growth of 22%, representing 12 million euros.


Procedures and next steps


“When CETA takes full effect, a new and better investment courts’ system will replace the current dispute settlement mechanism between the investors and the State, which will be incorporated in numerous bilateral trade agreements of the past by EU Member States' Governments. The new mechanism will be transparent and will not depend on ad hoc courts”, added the European Commission, in a statement.


The framework for the EU and Canada relationship is based on the Strategic Partnership Agreement (SPA), which allows an enhanced cooperation in strategic areas of mutual interest and shared responsibility, such as climate, security and foreign policy. “The Strategic Partnership Agreement has been applied on a provisional basis, since 1 April 2017, and, together with CETA, it allows a further deepening of the EU and Canada relationships”.


“The EU free trade agreements have proved to be a trigger for the European growth and job creation. The EU-South Korea trade agreement is an example of this. Since its entry into force, in 2011, EU’s exports to South Korea have increases by over 55%, exports of certain agricultural products increased 70%, EU’s car sales have trebled, and the trade deficit has turned into surplus. This agreement was also applied provisionally for several years after the EU ratification, due to the pending ratification of all Member States”, stated the European Commission.


In Europe, 31 million jobs depend on exports. On average, each billion dollars in additional exports corresponds the creation of 14.000 jobs in the EU, according to data from the European Parliament.