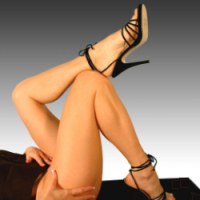 Carité is one of the biggest business groups of Portuguese footwear. Headquartered in Felgueiras- north of Portugal, has 200 employees and exports almost all of the production for the most demanding international markets. In order to achieve new excellence levels, the group has launched Lunaplena, a brand of shoes to sophisticated women. It will be in the market in next September.

Lunaplena is a brand of stylish footwear for cosmopolitan women, that will present sophisticated models, with a modern design, which gives special attention to good raw materials and excellent finishes, said Reinaldo Teixeira, CEO of the Group. Initially, the Lunaplena concentrate on the Latin markets such as Spain, France and Portugal.

With this investment in Lunaplena, Carité Group extends its “portfolio” of brands. Lunaplena joins to TenToes, a brand of young and unisex footwear, currently present in all Europe and Japan.

High growth in 2011
After growing 20% in 2011, Carité Group expects to maintain a positive performance this year. We are a versatile company, which subcontracts about 12 other companies that have highly qualified technicians. We can produce several kind of shoes - men, women and children - and continue to deserve the trust of major international brands, said Reinaldo Teixeira. The year of 2012 will be very demanding, but we hope to consolidate the results of the previous year, said. One of the singularities of Carité is the conquest of demanding customers, which in the recent past produced its shoes in Italy. In Portugal we are more flexible, produce with excellent quality and have a very competitive price. We only need to have the image of Italy, but also in this area we have been gaining reputation. Our image has been miles from the Italian, now are a few meters, he argued.

Carité Group will continue to accentuate the focus on the European market. Our business model is based on a very fast response and we are a very privileged position to respond to the demanding European market. However, new markets are already considerate. We are on the alert to new opportunities and do the job of exploring new markets, that have great potential such as China and Russia.