Engage youngsters in the industry 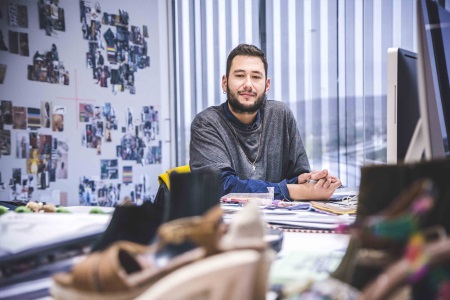 APICCAPS, being aware of the difficulties the companies are facing concerning the recruitment of young professionals, at national and European level, has promoted a broad discussion between youngsters and the companies of the sector.
Young Workers Days is a European initiative and has as a goal to promote and provide exchange of experiences and good practices concerning recruitment of young talents. This initiative chaired by the State Secretary for Industry, had the participation of dozens of youngsters. To Ana Teresa Lehmann, this is “an extremely priority area. Increasing the attraction and proximity of youngsters to the industry is urgent. The footwear sector is a successful case; on the one hand, by its modernization efforts and, on the other hand, by being one of the most visible examples of innovation in tradition”.
Within UITIC’s International Congress, in Sheraton, the event was divided in two distinct moments. The first part of the afternoon was launched with the presentation of the project #inmyshoes, by Federico Brugnoli, from Spin 360. Overall, the European project has as a goal to promote the industry’s potential among young people by making strong communication campaigns (videos, social media), as well as through a European talent show.
Rita Couto, from CTCP, presented the panel “Recruitment trends in the sector nationwide”. Over the past 20 years, the number of qualified workers in the industry increased from 28% to 57%, although the middle and superior management only represents 9% of the workforce. According to data from the Institute of Employment and Professional Training, the areas of the sector with lack of qualified human resources are mainly prototyping, design, production, quality, marketing and product engineering.
Pedro Sousa (Portdance) and Fernando Silva (Bo-Bell), both representatives of footwear companies, have talked about the main recruitment difficulties within the industry. To Bo-Bell’s representative, the older human resources requalification is a decisive action. To Ana Maria Vasconcelos, from the bags’ company Vasconcelos & Co., the complications are even bigger. “The subsector of leather goods has a lot of handmade work, therefore, there’s a great need to recruit workers”. To attract the local youngsters’ attention, the company in São João da Madeira opens its production during the summer holidays and hires young students. “It’s important for us this youngsters understand how production works. They’re put alongside older staff and start immediately learning about the technic”.
The second part of the session was dedicated to the industry’s stakeholders (associations of the sector, training centers, education and training institutions with the potential of qualify within the sector, companies and syndicates) with the goal of getting to know good recruitment practices of young people and human resources policies in various EU countries.
Several issues were on discussion, such as the relevance of the work. To Pedro Sousa, from Portdance, the secret may be on the diversification of tasks. “I believe it’s essential for the workers to increasingly know the whole production process. It will surely make a difference in the way they do their jobs”.

The project
Attracting new skilled workforce for quality jobs in the European Footwear sector is a project financed by the European Commission and has a main goal to identify strategies to overcome the lack of young workers in the industry. Within this project, there will be activities dedicated to the issue in Poland, Spain and Italy. The goal of these events is, on one hand, to value the footwear identity and image of the sector to attract the youngsters and, on the other side, to enable and promote the exchange of experiences and good practices concerning recruitment of young people and how to live up to their needs and expectations.
This project also aims to understand why there’s a struggle to attract young people to the sector, identify possible solutions already implemented in Europe and, among those, the good practices with high reproductive potential at continental level and directly operate them through a strong awareness campaign, particularly in countries where footwear has a lot of significance and therefore a higher workforce need.
The project has as main partners the Italian footwear association Assocalzaturifici, IndustriAll and the European Confederation of the Footwear Industry (CEC).