Helsar at a peak invests in the Middle East 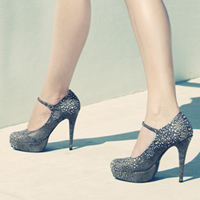 It is one of the Portuguese companies that is in at the moment. After making the shoes worn by the mother and sister of Kate Middleton, at the highly broadcasted royal wedding, Helsar presents itself to enter Arabic countries.
We are planning an entry to the Middle East, especially in Dubai”, revealed Patrícia Correia, Creative manager and 2nd generation businesswoman at Helsar. The creation of a bride-groom line, in 2005, enabled the company from S.João da Madeira to broaden its horizons. The Portuguese market continues to be the most important. However this reality is changing, so much so that Helsar´s collections are now sold in over 20 countries. Soon, more investment is to be made in some eastern European countries.
The exports market is becoming relevant, so much so that the Portuguese domestic market is not in its best days”, revealed Patrícia Correia. As a result, Helsar has come to grow and, in 2010, a business volume growth of 8% compared to 2009 was registered.