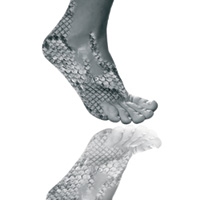 It came to an end the largest promotional campaign of the Portuguese footwear in the foreign markets. More than 100 companies participated in actions in 15 different markets, a total investment of around 8 million euros, under the QREN. With exports on the rise, the balance is ... positive.

For a sector which exports about 90% of it production, like the Portuguese footwear industry, the world is their natural habitat: the Portuguese footwear is today in all major international markets in five continents. For long time, used to a highly competitive environment, the Portuguese industry has maintained its competitiveness through a continuous adjustment of business models, with an increasing bet on higher-value products, with a strong component of design and fashion and a strong identity for the affirmation of own brands.

To dispute the “game” of the open competition requires, however, the not abdication of the instruments to which all our competitors use: in an industry with a strong fashion component, as the footwear Industry is essential to invest continuously in the international promotion, as a way to affirm the excellence of Portuguese footwear and their companies. Especially in a context of a quick degradation of the international economic environment, such as the one we experienced over the last year and that prospect that continues to live in the near future, interrupt or slow down this effort would be deadly. So in 2008, the APICCAPS, with the support of AICEP, promoted a strong program of internationalization of the footwear industry, which assumed particular importance in stimulating the participation of the Portuguese companies in the major international fairs as well as events helded in markets with interesting development prospects.

In spite of the unfavorable economic climate, the companies from the Footwear sector joined in high number to these events and the number of participants exceeded the four hundred.

Among the major international fairs, those made in Italy, which serve as a meeting point for the world communities of footwear, have been given the preference of Portuguese companies. The Expo Riva Shuh, helded in Riva del Garda, which at the beginning of the decade did not attract, on average, more than five national exhibitors, in 2004 began a process of sustained growth: in the June edition of that year, was for the first time, more than 10 Portuguese participants and, since then, that number has continued to grow, reaching in the last edition, nearly thirty-five companies. The same happened on a even more significant scale in Micam in Milan: in 2003, the national attendance haven´t reached yet the twenty; in the following years, this number was multiplied by four, and since the second half of 2006, which has remained in eighty companies.

By contrast, there was in this period, a reduction of the representation in the GDS, from Dusseldorf, with the number of Portuguese participants to fall down in the range of twenty to thirty-five for an average of twenty for edition. But it is mainly in Modacalzado, Madrid, which has been reducing the presence of Portuguese companies. This reduction reflects, in part, some loss of dynamism of that event in favor of Italian fairs and other events in the international calendar. The strong deterioration of the Spanish economy over 2008, also reduced the attractiveness of this fair for Portuguese companies, given their strong orientation towards the domestic market. Moreover, after several years of strong bet in Spain, some companies have consolidated their distribution channels, dispensing their presence at the fair, while others have concluded that its offer is not to that market.In spite of these facts, the importance of the Spanish market to the Portuguese footwear, to which our exports continue to grow, and the excellent relation cost-benefit offered by geographical proximity, justifies that the support for participation in this fair is not neglected.

The results of the survey made to the participants in the events included in the program of internationalization of APICCAPS show that, in spite of the strong guidance of the Portuguese industry to the international markets, more than a third of the  companies decide to participate in a fair with the aim of winning new markets.
Moreover, more than one quarter of the companies make these decisions in its process of innovation, aimed to test new products. However, the most common motivations to participate are winning new customers, referred four in five companies, and attempt to increase exports, mentioned by more than half.

Not all fairs fit equally to each goal. In the attendances in Milan, Riva del Garda, Bologna, Dusseldorf, Paris and Las Vegas, the goal of winning new customers is the most important. Already the attendances in Poznan, Moscow and Tokyo are dictated essentially by the objective of increasing exports. The two objectives mentioned have the same importance in the Madrid participations decisions.

This analysis confirms the importance, ever taken by APICCAPS of certain fairs as platforms for access to buyers from all over the world. In fact, the fairs that companies cited as most relevant to the conquest of new markets are held in Italy, Germany and France and not, contrary to what one might naively assume, those made locally in potential new markets: be present in Milan, Riva del Garda, Dusseldorf or Paris is important, not only for their impact on the Italian, German and French markets but also by the effect of spreading worldwide that offer.

As to test new products, the companies emphasize the importance of trade fairs in Madrid, Riva del Garda and Paris. Nine in ten companies believe that participation in these fairs allowed achieved, in some measurement, the existing targets.

Two in ten believe that the objectives were fully achieved and even exceeded. Objectively speaking, almost one fourth of the companies get an average over 30 contacts for fair and 44% get between 13 and 30. In general terms, eight in ten respondents do a positive assessment of the fairs that   they participated.

Even when the companies make a global evaluation less favorable of particular fair, in most cases intend to repeat the participation, which suggest that some dissatisfaction exists has more to do with the economic sector than with the potential of the fair or how was organized the participation by APICCAPS. In fact, in general terms, 93% of the participants affirm their intention to repeat the participation. This intention is particularly high at around 100% in Micam, Expo Riva Schuh and Lineapelle, GDS and the WSA and also very high, in order of 85% in Spain, Russia and Japan. Even in the case of the Poland fair, one in which a greater percentage of companies have not achieved the targets which have been proposed, the big part of the respondents (57%) express the intention of returning.

With a financial execution of 77%, a performance in terms of participations of 83% and 93% of the participants to declare in a year of great economic uncertainty, the intention of repeating the participation in similar initiatives, the  2008 internationalization program from APICCAPS can not be considered successful.
Next