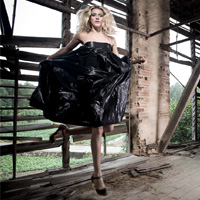 The Portuguese footwear industry is going to strengthen its presence at Expo Riva Schuh, which will take place from the 18th to 21st of June. In total, 44 Portuguese companies (7.2% more than in the previous edition) are going to introduce new proposals for the summer of 2012 at what is the first international trade fair of the calendar.

External trade promotion is the first of the priorities for the Portuguese footwear industry that exports over 95% of its production to 132 different markets.

For this reason, Portuguese footwear has, this year, taken on a true round the world in 365 days trip. Within the promotion plan defined by APICCAPS in conjunction with AICEP and that counts on the support of the Compete Programme, 150 companies have been taking part, since the beginning of the year, in over 70 promotional initiatives abroad, in a total of 16 countries, in the five continents.

Essentially, there are four great objectives to carry out this promotional offensive, namely consolidating the relative position of Portuguese footwear in the foreign markets, diversifying the destination of exports, approaching new markets and aiding new companies to begin their internationalization process.  Stimulate demand, qualify offer, positively differentiate Portuguese footwear in relation to their competition and search for new windows of opportunities are objectives that are equally important.

Thus, besides strengthening its presence in the main international trade shows that specialize in footwear such as MICAM, Expo Riva Schuh (Italy) and GDS (Germany), the strengthening of presence in other initiatives that enable approaching niches with a high potential are also on the cards. With this in mind, Portuguese footwear is marking its presence in dedicated forums from Las Vegas to Tokyo, Moscow to Shanghai.