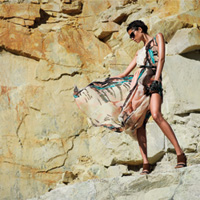 Portuguese Brands are able to adapt to a new competitive model and move production to increasingly demanding segments and, that way, increase the sector in Portugal. According to the APICCAPS (Portuguese Footwear Manufactures Association), exports of Portuguese companies increased 22% between 2000 and 2008, for a total of 1131 million Euros.

Portuguese Brands have a current share of 89% of the total footwear exports. Very different number than in 2000. Indeed, the relative importance of multinationals companies in Portugal fell from 39% to 11% in eight years.

From 2000 to 2008, exports of footwear companies of foreign capital fell 72.6%. There is a break of 423 million in exports of multinationals companies; the exports fell from 583 million in 2000 to only 160 million in 2008. Another interesting fact concerns with the strength export capacity of the Portuguese footwear since 2000. Despite the foreign direct divestment, the share of exports in national production increased from 87.2% in 2000 to 95.5% in 2008.

Even in terms of external trade, foreign direct disinvestment contributed decisively to a more balanced distribution of national exports. Indeed, the German and English Market were losing weight in the Portuguese footwear exports (fall from 29% in 2000 to 20% in 2008), while countries as France, Spain and the Netherlands have a much higher profile now as some of the most relevant Markets. The foreign divestment direct led the Portuguese Footwear strengthen the demand for new markets. In 2008, for the first time, the Portuguese footwear industry exported to a total of 118 countries, in all continents.