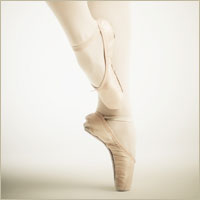 Portuguese footwear exports increased by 4.3% in the second quarter of the year this year. According to data from INE (National Institute of Statistics), since January, the sector has already exported footwear worth 623 million Euros, practically 95% of production, so making it the most internationalised sector of the Portuguese economy.
In total, Portuguese footwear reached around 120 countries in the first half of the year. France, Germany, the Netherlands, Spain and the United Kingdom are the most important markets.

The focus on high potential markets seems to be starting to pay off – in the first half of the year 17 new markets like Ecuador, Nigeria and Tanzania were approached for the first time – while mention should also be made of the growth in exports in countries such as Japan (growth of 14.7%) or the United Arab Emirates (over 35%).

According to data from APICCAPS’ Studies Office, this was one of the best quarters for the sector in recent years, given that it confirms the recent Quarterly Current Affairs Bulletin edited by the Management and Applied Economy Studies Centre of the Universidade Católica do Porto for APICCAPS which indicated the same thing.

In APICCAPS’ point of view, the increased drive by Portuguese companies concerning promotional activity overseas – this year the footwear sector is making its biggest offensive ever, with a total investment in the order of 9 million Euros – has been decisive for this outcome.

APICCAPS hopes that the 2nd semester will be one of recovery and that exports end up with a positive balance at the end of 2010.