Portuguese Footwear will have 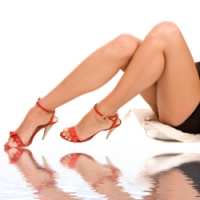 The Portuguese footwear industry will be presented in the external plan with a new corporate image. The APICCAPS promoted in recent months, a competition of ideas in order to defining a new corporate image for the sector, in which were some of the best communication agencies of the country. The aim is to present a modern industry, attractive, with strong export vocation, not renounces his past, but is clearly looking into the future.

The new image, which was selected by a jury represented by APICCAPS, some representatives of the sector and some public institutes, including AICEP, should be presented in September.

The new logo will be the support of a strong campaign that APICCAPS and AICEP will promote internationally. First, a mailing will be sent to a thousand of potential customers of the Portuguese footwear to present the new image of the sector. On the other hand, will be published different ads in international specialized magazines, the production of two editorials in Vogue, Fashion Acessory and ARS Sutoria. Portuguese footwear will be, that way, in the media agenda from the next September.

Finally, APICCAPS, AICEP and the Portuguese Agency responsible for the foreign promotion, are preparing a new promotional offensive for 2010, with a strong Portuguese presence with our companies in all the major international events of the specialty.