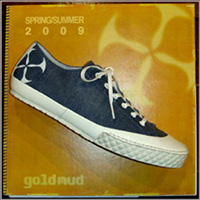 Tatuaggi recently launched a perfume. It is, in the view of Jose Alberto, the company responsible, a fresh fragrance, with character, striking and with personality.

Developed in Portugal, the perfume Tatuaggi is intended to the female public and offers a model of shoes that the brand sells worldwide.

Headquartered in São João da Madeira, Tatuaggi was launched 10 years ago and is oriented to exportation, as it is totally directed to the most demanding foreign markets. Soon, it will be one of the ten Portuguese brands that will be present in ISF, which will be held from 14 to 16 October in Tokyo.

To celebrate the 15th anniversary Fly London surprised internationally with the launch of a line environmentally friendly, named EKOCHIC.

According to the brand from Guimarães, the line EKOCHIC is composed by 5 models of female sandals essentially made from environmentally friend products. The soles are composed of bio-natural rubber, based on hemp, the upper and sock are produced in vegetable leather, the sock inside is composed by recycled PU, cork and board and each pair of this line will be packed in recycled cardboard boxes.

According to Amilcar Monteiro Fly London intends that way to contribute to the sustainability of our environment and help the planet to stand up straight.

The Goldmud, brand of the Abreus group, launched in GDS this year a line of shoes really chameleon”.

It is a shoe that, when exposed to sunlight, changes color, allowing a visual effect “sui generis”.

Partnership with Corvette
After last year has joined with Cadilac to promote their pinstrieshoes, the brand from Benedita Di Stilo will now promote the new GT Collection line in partnership with the Corvette, making allusion to the chess black and white from sets 1.

We wanted to bet in a sports line and after we had found a square sole we consider that we find our starting point to present our new line GT Collection, revealed Luis Carlos.

The promotion will be made, now, in Belgium and Holland, in the stands of Corvette through the creation of corners Di Stilo, a partnership with an importer, who represents the Cadillac, Corvette and SAAB.