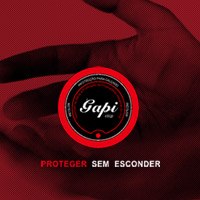 The largest fair of footwear in the world, MICAM, will be carried out between 17 and 20 of September and will welcome again the Portuguese Innovation Awards.
Now in the 6th edition, this initiative of the Footwear Technological Center of Portugal and the INPI (Institute of Industrial Property), in the project GAPI (Office of Support to Industrial Property) which APICCAPS has been associated, will distinguish the companies that are more innovative during this year, through new solutions introduced in the market.
As in the past, this year the major bets will be the delivery of a premium to the revelation brand. Since the beginning of the year, have been created in Portugal 16 trademarks and registered more than 150 models, involving 56 companies.
Before the end of the year, the GAPI will also distinguish the other innovative companies in 2008, but now in the technological plan. The companies of components also may apply for 6th edition of the Awards Technological Innovation in the Footwear Sector.
In the last four years, GAPI distinguished already several companies of footwear, leather, components (soles, leather, technicians textile), and equipments.