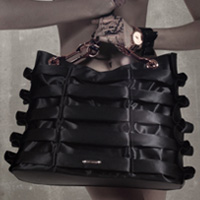 Portuguese leather goods show an increasingly greater quality and have already become an international reference. Over the past ten years, exports have doubled (to over 41 million euros) and currently reach 116 countries (up from 80 earlier in the decade).

In recent years, the leather goods industry lost some relative weight, but last year there was an international growth, with exports growing by 5.5%.

The average size of businesses is rather small, but they are remarkably dynamic and have a huge capacity to adapt to markets.