Portuguese presence at GDS shoots up 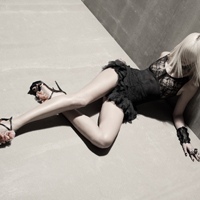 Portuguese presence at GDS has come to rise in a striking manner in the last years. Next September, there will be over 60 Portuguese companies attending the Dusseldorf fair, which shows a 25% rise when compared to the homologous edition.

Strategically, the German market is considered a priority to Portuguese companies. In effect, the German economy is the main driving force of the euro zone and is also the market where footwear imports are growing the most (see page 7). More than reason for a grand strike by Portuguese footwear on the “fair of fairs”.

The GDS will be determinant for a new approach to the sector not only to German retailers, but also to the more than 15 thousand foreign visitors that are expected. In effect, it is predicted that 30,000 visitors from 80 countries visit Dusseldorf, the city that is considered the centre of the German fashion industry, where 400 marketing and advertisement agencies are located, 1300 showrooms and over 1400 fashion commerce related businesses.

The presence at the GDS inserts itself in the promotional strategy defined by APICCAPS and AICEP, with the support of the Compete Program, and that seeks to consolidate the relative position of Portuguese footwear in the traditional markets, but also diversify the destiny of exports, approach new markets and make it possible for new companies to initiate the internationalization program.

In Germany, other than the presentation of new collections, other surgical initiatives will be developed that, essentially, seek to reinforce the Portuguese presence in the German market. Over a dozen Portuguese companies will participate in the GDS fashion shows, as also the Prizes for Innovation in the Footwear Rank – GAPI 2011 will be awarded.

Since the start of the year, over 120 companies from the footwear industry are participating, in 2011, in this mega promotion programme of international scale, in a global investment of around eleven million Euros that will translate itself in the presence in over 70 of the most prestigious international forums of specialty. In March, the sector will participate in 16 different events abroad. Naturally highlighting the presence at MICAM, that will be held in Milan, from the 18th to the 21st, that will count on the presence of over 90 Portuguese brands.

Since the beginning of 2008 until the end of 2011, the sector will invest 35 million Euros on external commercial promotion, in an APICCAPS and AICEP initiative that counts on the support of the Compete Program.