Tatuaggi to the conquest of China 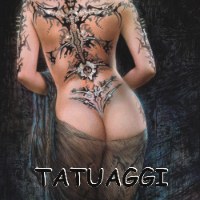 Founded 16 years ago by Jose Alberto Silva, Tatuaggi brand has become an icon of Portuguese footwear with international projection. China is a major investment, in the last year the company opened three stores in that country ( Suzhou, Shanghai and Hefe). Until 2014, may have 17 new stores.

During 12 years we have been panticipating in fairs in China and studying this market. It is time reaping what we sow “stressed Jose Alberto to Lusa. The latest Tatuaggi store opened last April in a shopping center in Hefei, capital of Anhui.By the end of the year, Alberto Silva hopes to open two more spaces in Shanghai and Tianjin- north of the country. We have a department in the company that only deals with China.

China is the world´s largest producer of footwear, but Jose Alberto Silva is not afraid of competition: We have own design - 50% high-tech and 50% handmade.

China is currently the second largest economy in the world, with an average annual growth of 9.9% over the past three decades, and an emerging middle class that will be around 200 million people - more than a third of all the population from European Union.


Tatuaggi was founded in 1996, in S. João da Madeira, with just eight employees. This year wants to open a second factory, bringing to almost 180 employees. It is now one of the leading companies in the footwear sector, but always with a low profile register. We export all our production to all around the world, from Scandinavia to New Zealand. All products are labeled with made in Portugal. I insist on that, said José Alberto Silva.

Despite its strong international vocation, never been in the company´s plans relocate the production. I never wanted to relocate the production because I believe that with organization, sacrifice and innovation its possible to make progress, said the founder and manager of Tatuaggi. To José Alberto with the relocation we lost know how. Jose Alberto Silva also does not seem particularly worried about copies or imitations: In two months I renew the collection.

Tatuaggi is specialized in women´s footwear, including 100% leather boots , such as boots made with snake leather, for the middle and upper middle class.
At the begining we produced also footwear for men and children, but after two years concludes that a good professional cannot play all the instruments, stressed businessman.