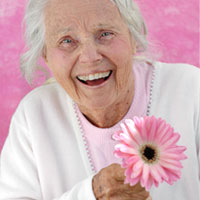 World population should grow over 30% by 2030, going from 6.1 billion people in 2000 to 8.1 billion people in 2030. Adding to that, the population is aging at an accelerated rate. A new scenario that is creating new commercial opportunities. There are many consensual elements across various demographic diagnostics completed, worldwide, in recent years. A fall in fertility, increase in life expectancy and overall global population aging are three mega-tendencies found.

The world population will increase substantially, seeing as the African and Asian continents will boost this growth. On the other hand, in the more developed countries, namely in Europe, a population decrease will be seen.

During this century, the proportion of people over the age of 60 will triple, going from 10% in 2000 to 32% in 2100. In Western Europe, almost half of the population (46%) will be over 60. These demographic changes will intensify in the next two decades in Europe, North America, China, Japan and Russia hitting the peak sometime close to 2030.

This is, indeed, a new reality that society will have to respond to in the least space of time. Immediately, seeing as the aging population will have a direct effect on the work market and the medium term medicine area. It is, equally, about a market niche that is important to companies that know how to potentiate the new opportunities.

Various footwear companies already seem to be aware of this phenomenon. It is the case of Comforsyst SA. In the last years, the company has radically changed its business model. The bold and tall high heels that were the companies trademark for over three decades gave way to comfortable and elegant soles, with the launching of Softwaves. Marcelo Santos explains that “the business model had exhausted itself”. Thus, the new brand started to invest “in a global target audience, less sensitive to fashion and one that privileges comfort and well-being”. The world is changing and change underway could result in excellent business opportunities for companies willing to take the chance.

Cindicalfe also “faces the new needs of the population as an opportunity to develop ever more sophisticated shoes, in terms of productive process and materials”, revealed André Oliveira. For that reason the Flex & Go. Brand was created. Generically, “Cindicalfe is a flexible company in productive terms and that has specialized in the production of comfort footwear and seeks to create propositions of value to demanding customers”. Generally speaking, those responsible for Cindicalfe view that the new demographic tendencies are an opportunity. In today’s day and age, the elderly “are clearly more demanding and seek comfortable items, of quality, without neglecting fashion tendencies. Customizing the product for each customer could become, as such, a key point”.

On the same viewpoint, Kyaia (one of the largest corporate groups of the footwear industry in Portugal) is investing in this market segment with great potential and, in 2007, they created the Softinos brand. A brand that presents a product of comfort, that privileges the best shapes and natural raw material, namely very soft leathers, to the customer. The priority is to present an excellent product, captivating an emerging market segment.

With a long history in this market segment, Ropar since its early days invested in the Arcopédico brand. “We have come to work very specifically in the “Over 50” market”, revealed Erico Parodi. An experience that allows them to conclude that “there will be an even bigger offer of products in this market segment”, reason for which “the demands of the buyers should excel” and will proceed itself to a “restructuring of offer”. A new reality that emerges worldwide. The Portuguese footwear companies seem to be on the front row.
Previous Next