Bolflex: nothing goes to waste, everything is transformed 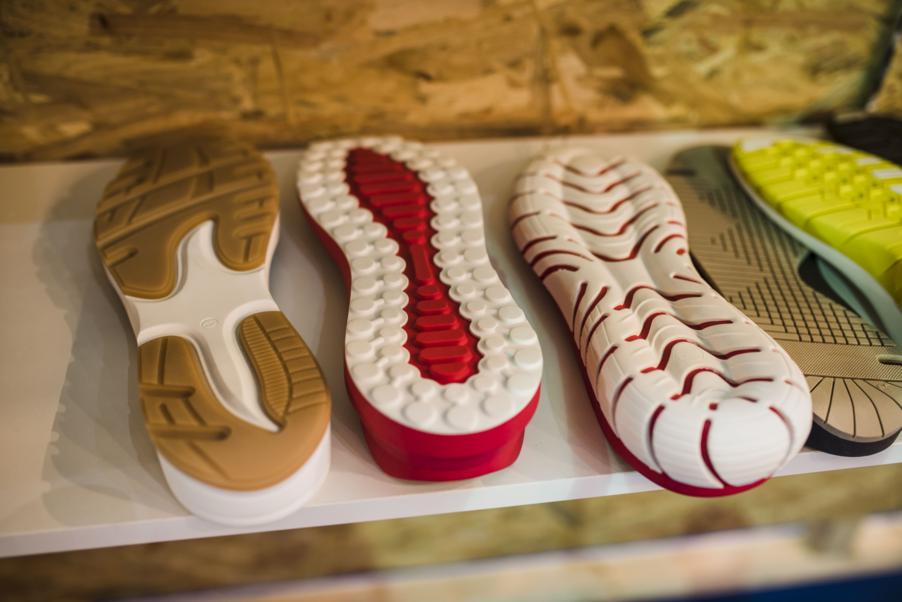 Have you ever heard of a company where nothing goes to waste and even the waste are used as material? The concept isn’t new and has been increasingly implemented all over the world. In Portugal, Bolflex is the pioneer in reusing its own waste and in implementing a circular economy indoors.
António Ferreira’s company, specialized in the production of components for the footwear industry, has had environmental concerns for some time now. Bolflex has been developing advanced recycling techniques and, nowadays, it is ready to recycle a wide range of materials.
SH-Rouber is a new sole that has recycled shoes in its production. In this process, shoes go back to the beginning and become a raw material. Initially, the shoes are shamed to dust, then burnt and, after all that, 30% of the mixture is added to the rubber formula, therefore obtaining the innovative and ecological production and with all chemical certifications. “This innovative vulcanization technology of used shoes to make new products, such as new shoes or insoles, is already patented by Bolflex”, states the President of the Bolflex Group, António Ferreira.
But the company didn’t stop here. Other of its strategies is the optimization of the rubber’s use in the production of soles. For that, the company developed a sole manufactured with 70% of recycled rubber. In the products’ basis is the reuse of rubber waste from the sole production and also the reuse of rubber from used soles.
In this concept of circular economy, the company is implementing, even aluminum is reused for the production of new molds. Within the company, Bolflex has a molds’ casting system that allows its reuse for the production of new soles injection pieces.
Other investment of the company is its vegan line. The Portuguese brand was recently certified as a vegan brand, by the animals’ right organization People for the Ethical Treatment of Animals (PETA).
According to the company, “all these processes create an indoor circular economy, capable of reducing costs and drive the company to a more ecological and eco-friendlier environment”.
Bolflex was founded in 1992 by António Ferreira, with only four rubber pressing machines, six employees and a daily production of 1000 pairs of shoes. Today, the company has a production capacity of 20.000 pairs of shoes and employs 140 people.