Increase of salaries in Asia 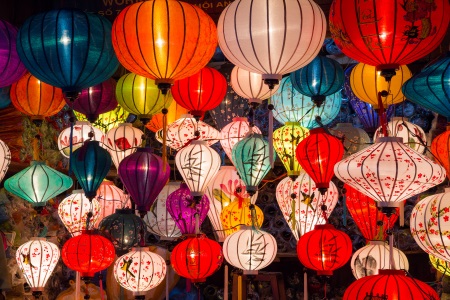 Structural changes are happening in Southeast Asia. Between the end of last year and the beginning of 2019, the majority of the countries from this region have increase the minimum wage. However, the disparity in those countries continues to be a reality. According to the Association of Southeast Asian Nations (ASEAN) these increases are merely ‘popular measures’. In Thailand, for instances, the increase of salaries seem to be part of an upcoming election campaign. In the Philippines, in contrast, this was a compulsory measure.
The local manufacturers are worried. If they’re not able to increase the wages, there’s a high risk of losing qualified workers. Recently, in Laos, there have been complicated situations due to this measures. With the government refusing the requests from the Association of the Lao Garment Industry to increase the lower salaries, local works are starting to run away to Thailand by crossing the river. Between 2013 and last year, the minimum wage increase 76.7% to 1.1 million kip, which corresponds to 114 euros.
Other factors also add on to this industrial instability, such as the lack of raw materials, the costs of transportation and the deficiency of routes by sea. According to the local association, the number of clothing companies have been decreasing since 2015 (92) to a current number of 78.
There are countries from this region in which the minimum wages vary internally. Vietnam, for instances, operates on two distinct categories and salaries vary accordingly to the region’s development. Despite of the recent increases, in 2019, (increase of 2.92 million dong in developed areas and 3.98 in the less developed) the workers are demanding even more.
However, the manufacturers from the ASEAN countries continue to create several obstructions to the increase of minimum wages, as the increase of the price of labor makes them less competitive (in terms of price) in an already competitive market. Consequently, this resilience to increasing salaries may result on losing qualified workers. The increase of minimum wages in Thailand and Philippines might make the manufacturers to move to neighboring countries where prices are considerably lower.

What is the reality in the rest of the countries?
The salary reality in ASEAN countries has been continually changing. According to AEC News, also in the Philippines, there hasn’t been an understanding regarding wages, but in this case what matters is the region. Since 2013 until October last year, the minimum wage increase to between 7 thousand and 14 thousand Philippine pesos (130-240 euros).
In Myanmar, the salaries have doubled since 2013 and the monthly salary is now 144 thousand kyats (83 euros). Although there are no expected changes for 2019, the inflation increase (6.2% on average) is pushing for the increase of the minimum wage.
In Thailand, the numbers also vary per region. In five years, the salaries have increased to 9.240 baht and 9.900 baht (257 and 276 euros).
Although there are plans to increase the minimum wage in Indonesia, the numbers are distinct from region to region. After the increase in the beginning of 2019, the minimum wage in Jakarta, is 3.9 million rupees (241 euros) and is 2.7 million rupees in Kalimantan. However, these numbers also don’t satisfy the workers, who protest constantly. According to the confederation of local syndicates, “with the recent increase of 8.03%, the workers don’t get the right of a proper wage and these are also not according to the study on the needs for a dignified life”.
But this isn’t all. In Cambodia, the new minimum wage is 182 dollars. However, the syndicates’ goal is to reach the 200 dollars per month.
In Malaysia, Advisory Board for the National Wage (consisting of the government, workers and syndicates) as reach an agreement for a new minimum wage of approximately 1.100 ringgit (238 euros).