Josefinas launch fun mules with as a new social mission 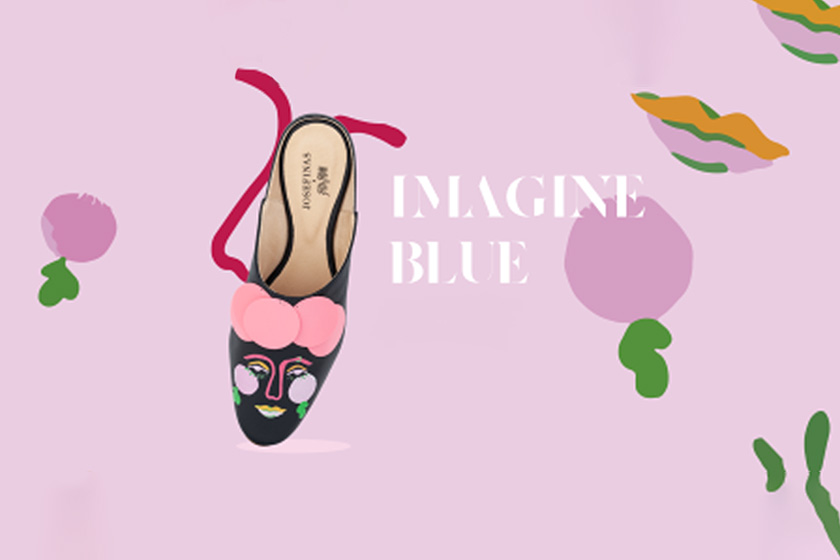 After the t-shirts against domestic violence, Josefinas continues to support women in many ways. Now it’s also with ‘Imagine’, the first collaboration with Ibukun Jesusanmi, a British designer with Nigerian origins, whose illustrations, called ‘Colorful Faces’, give originality and amusement to shoes.
The Bukky Baldwin x Josefinas collaboration is composed of three mules made with genuine leather, in which are stamped different illustrations from the artist, celebrating individuality, color and imagination.
Each pair has a colorful face and a 3D detail. In the production process, the models go through the hands of eight Portuguese artisans and take approximately four hours to be finalized.
The British designer launched her own brand clothes, Bukky Baldwin, last year. “When I decided to create Bukky Baldwin, I wanted to promote fair job opportunities to refugees and marginalized communities. I'm devoted in promoting a positive social-economic through Bukky Baldwin by making community a better place to live in”, explained Ibukun Jesusanmi.
Through the creation of impressive pieces, the artist provides job opportunities to refugees and marginalized communities while paying them a fair wage. Her design represents individuality.
Having said that, the CEO of the Portuguese brand, Maria Cunha, stated that Josefinas exist precisely to support women. “I believe in a world with proactive and supportive women. If this wasn't the case, Josefinas wouldn't exist”, said.
The collection was presented in March, at Whitworth Art Gallery, in Manchester, England, and is for sale exclusively at the Josefinas online store. Each pair has the price of 298€.