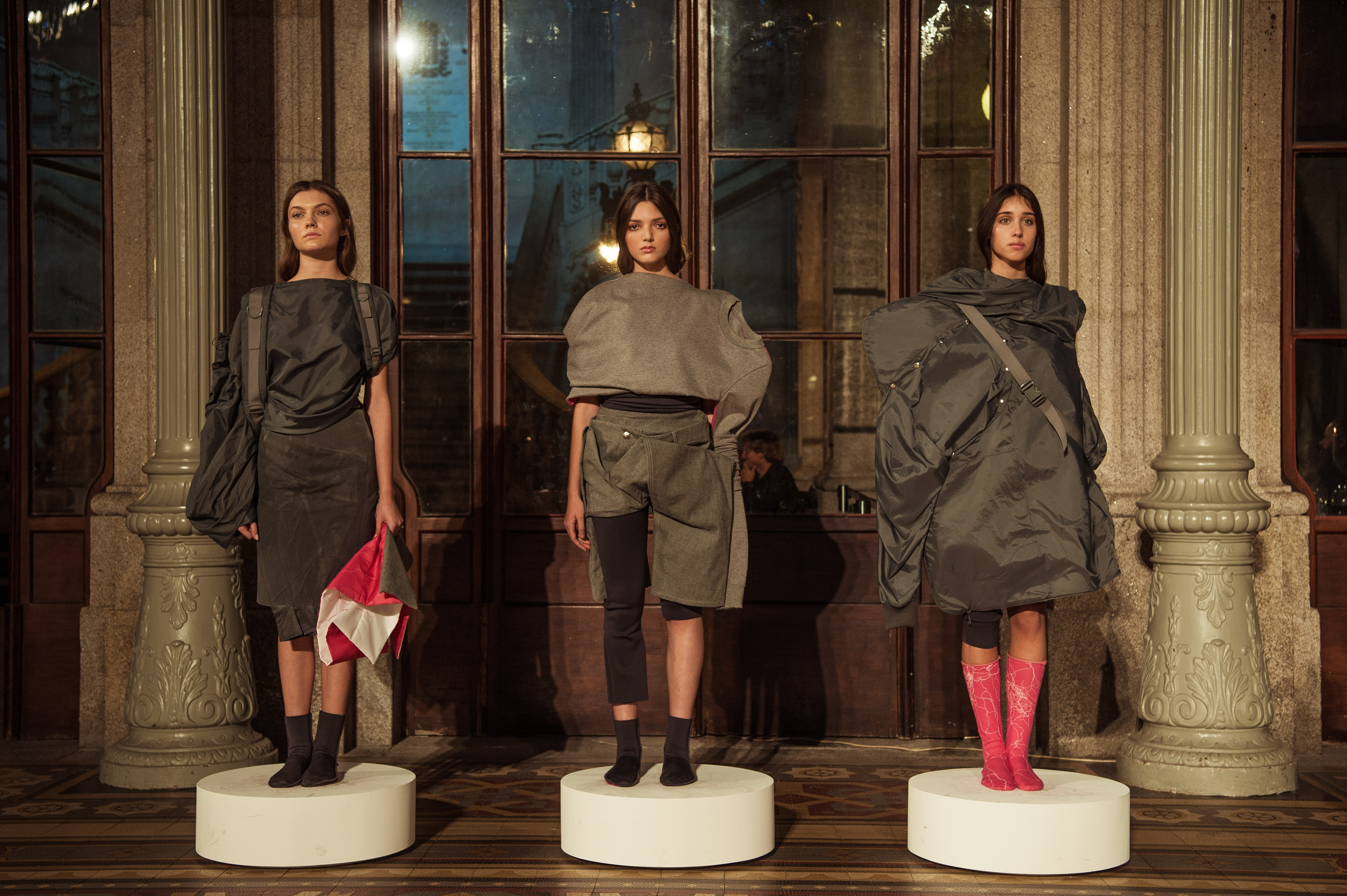 For three days, Oporto was the host of the Fashion Design Competition, an European competition of young footwear and clothing designers of the most important European fashion schools. Integrated within the project ModaPortugal, this initiative has brought to Portugal 33 designers of 8 different countries. Germany, Belgium, Spain, France, Italy, Portugal, UK and Czech Republic were the represented countries on the competition, which aims to debate the future of the fashion industry and get closer the young designers to the industrial reality.

In the footwear field, Tomas Bata University in Zlín (Czech Republic), Arsutoria School (Italy), IED Madrid, Academia de Design e Calçado and Lisbon School of Design (both from Portugal) were the schools in competition. Among the competing countries in the category “Best Set”, Portugal was the winner, with Daniel Gonçalves.

In the category Fashion Best Sety, Cyril Bourez, from Belgium, was the winner.

Alongside this initiative, Palácio da Bolsa welcomed the conference cycle “Design & Sourcing in Europe”, which had the participation of a prestigious panel of national and international speakers. Design & Sourcing are two fundamental components of the fashion industry that are intrinsically linked, since the young designers will be the future clients of the Portuguese companies.

The project ModaLisboa is an initiative of CENIT - Centro de Inteligência Têxtil and ANIVEC, in partnership with APICCAPS and ModaLisboa, that aims to bring together two of the most relevant areas of the fashion industry: design and production.