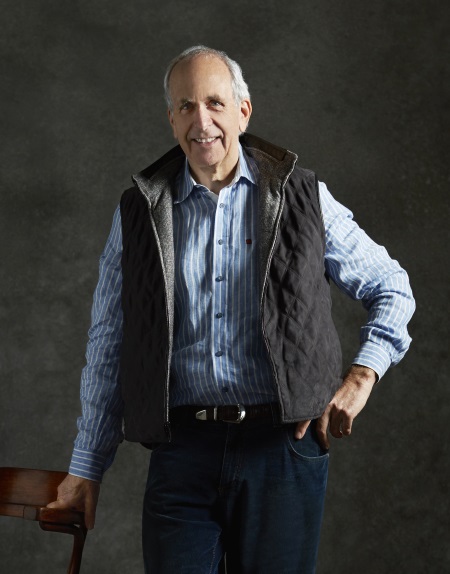 In an industry full of “pairs” and “lasts”, there is one pair that has lasted for generations.  I recently had the privilege of talking with Bruce Katz, CEO of Samuel Hubbard, whose perspective has transcended from three generations who have sourced from Portugal.  And while the passion for shoemaking may have been handed-down, the vision, product and standards have remained remarkably fresh.  The conversation focused on elements that have contributed to his success in the footwear business:  Family, Quality and Partnership.
As the website chronicles, Bruce’s grandfather Samuel J. Katz created The Hubbard Shoe Company in 1930 – his father joined the business and eventually so did he - which thrived in New England until 1973, when footwear manufacturing shifted overseas due to more attractive labor.  This was an end and yet a beginning, as the family redirected their sourcing and established a robust business with factories in Brazil.  This would come to be known as The Rockport Company.  Working alongside the factories the Katz family educated, cultivated and innovated to create one of the first comfort casual brands.  This took a lot of time and yielded a deep bond with Brazil until inflation forced the company to adapt yet again, establishing a relationship that has endured to this day – with Portugal.
Fast forward decades – including the years that Bruce had left the industry to design software technology, and a request from his young daughter that would reignite his calling to find him walking back to footwear.  Fueled by a lifetime of experience and a new, eight-year-old partner, Bruce set out to create The Samuel Hubbard Company, once again combining heritage, ingenuity and an appreciation for Portuguese manufacturing.
This longstanding partnership with Portugal has not only produced some of the finest shoes, but a relationship that has been built on mutual trust, work ethic and pride of workmanship.  Working with the Portuguese factories revealed a level of patience (evidenced by an 18-month start-up) and perfectionism that can be hard to find elsewhere.  More specifically, the lengthy process involved for factories to be authorized by Gore-Tex – an exclusive and hard-earned distinction – has set Portugal apart.  This is validating, as Bruce says he “knows the pitfalls and challenges” that come with expertise.  He adds, “The clean, bright lit and renovated factories of Portugal make for a nice working environment.”  Many are located in neighborhood communities contributing to a healthy labor practice and a warm, civilized country to enjoy for those who travel on business.
Bruce says his company continues to explore opportunities for collaboration with Portugal, as they look toward the future and remain steadfast and on trend, with new materials, recyclable packaging and the everchanging realm of retail.